"The value of a scientist lies more in their acquired skills and experiences than the facts in their heads." -- Bruno Sánchez-Andrade Nuño, https://book.impactscience.dev/

As an R enthousiast, I mainly used this progamming language. I present some output examples below. 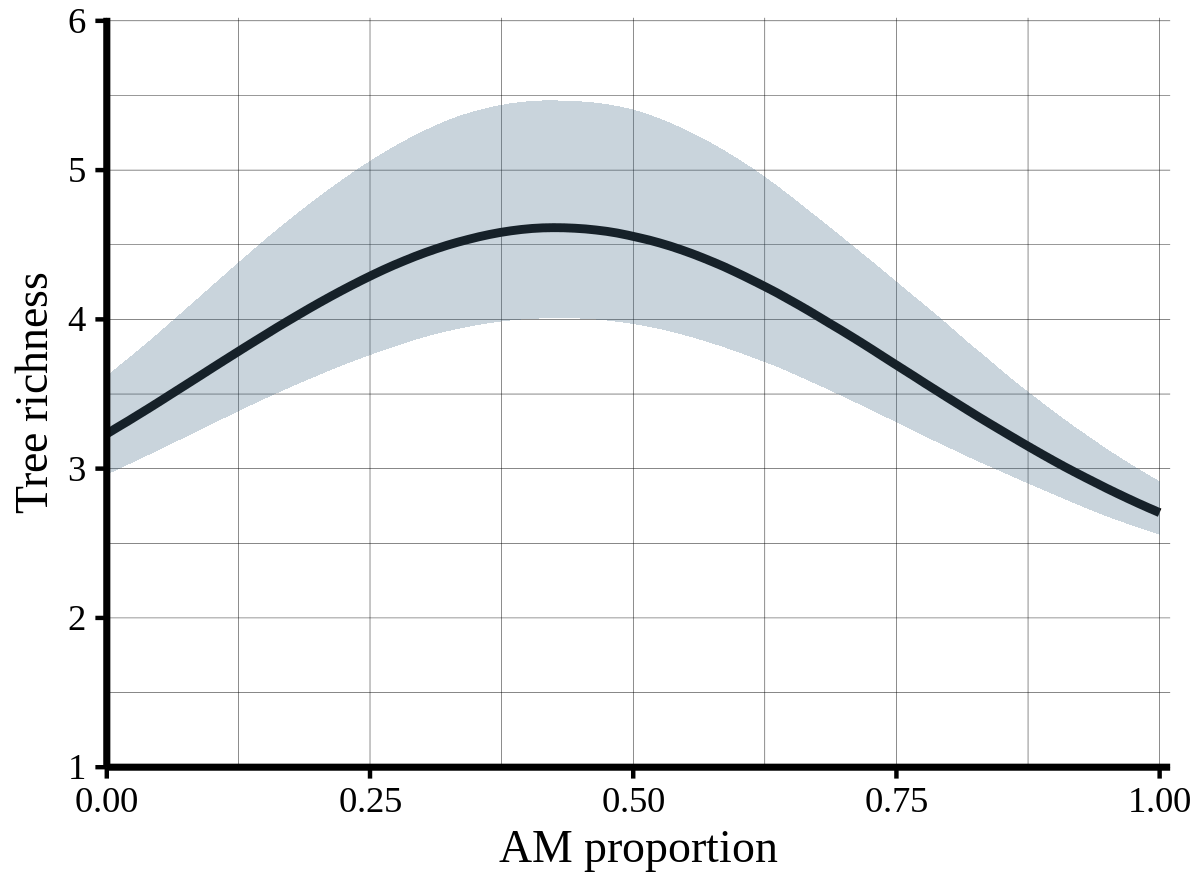 Estimation of the effect of time on diversity using Markov chain Monte Carlo method implemented in a Bayesian framework. 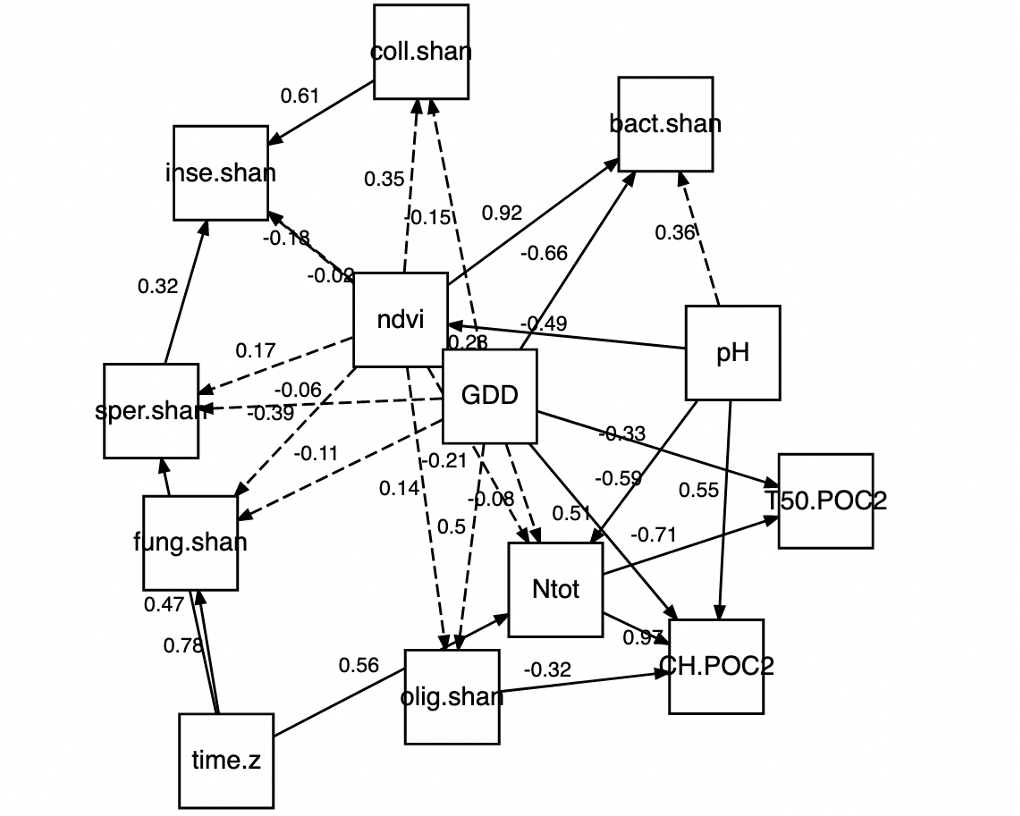 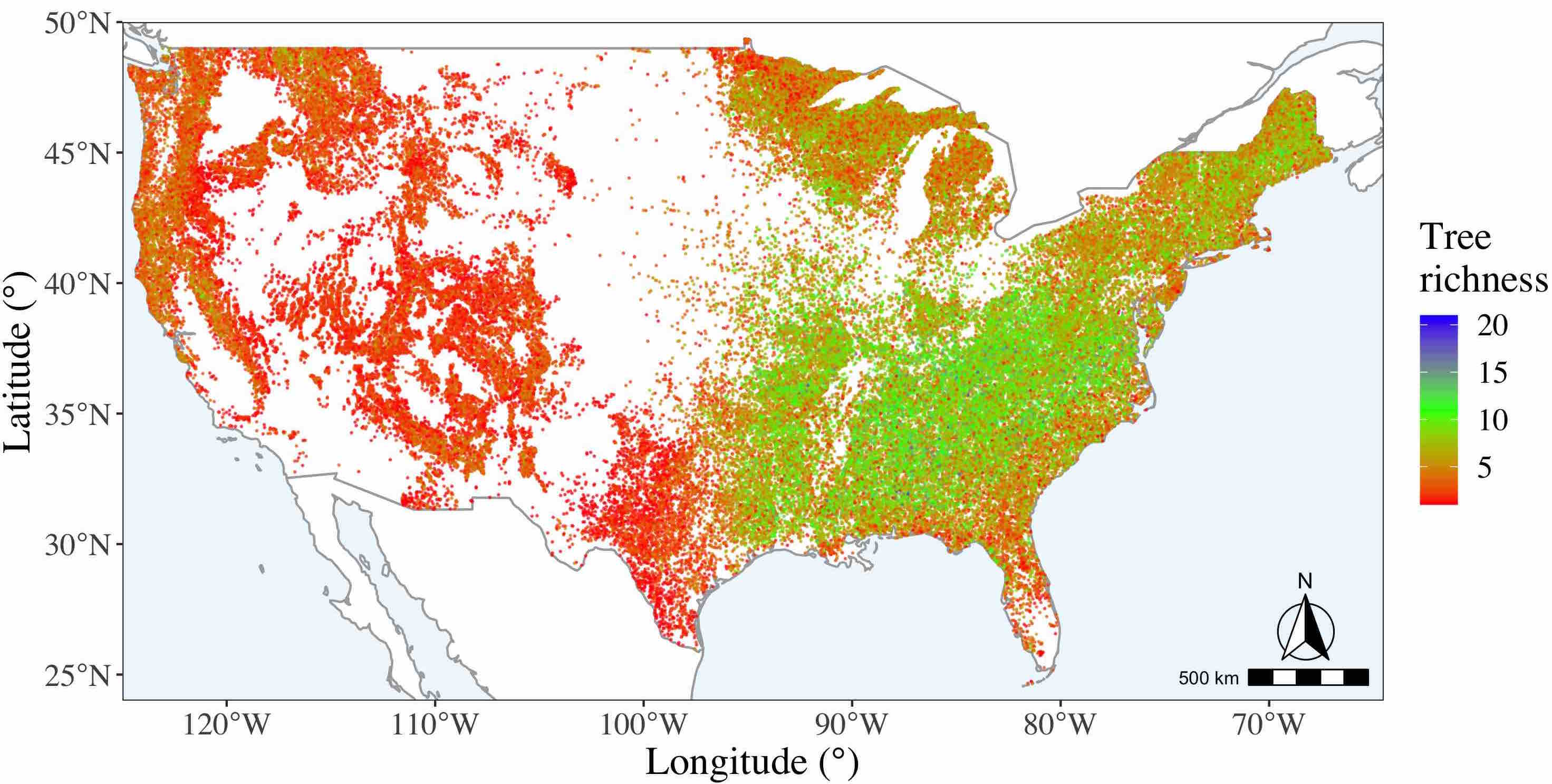 Tree richness at the community scale across the U.S. calculated for ~85,00 plots containing >2 million trees, retrieved from the FIA database (https://apps.fs.usda.gov/fia/datamart/).

Meta-analyses
I have followed several workshops given about meta-analysis and hope to put it in practice very soon!